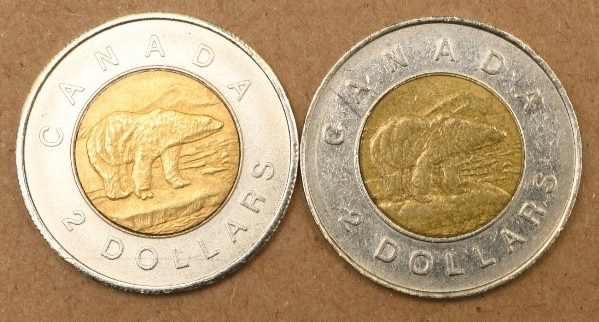 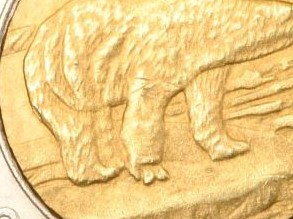 In the above photo, the counterfeit coin is on the left. Although extremely similar in size and weight to a real toonie, the fake coin bears a few distinguishing factors making it identifiable.

The polar bear on the fake coin has a distinctive “two-toed” front right paw. On a real coin, the paw is more uniform and some real coins will show individual toes depending on the condition and age of the coin.

As well, the bear’s neck and head seem to be longer and more slender on a fake coin and shows a long “skin flap” hanging below the bears throat.

Over the years, Toonies have had numerous differing designs incorporated into their appeance, but the counterfeit versions all seem to be a recreation of the original toonie design with more basic features. 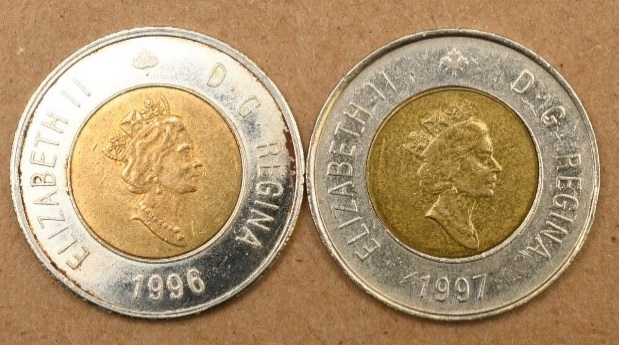 Also of note, the fake toonies tend to have a more of a “matte” finish wherein a real toonie shows with more of a polished or shiny surface.

Owen Sound Police have spoken to banking establishments in the city and informed them of the presence of these coins. If you feel that you have a counterfeit toonie in your possession, please bring it to a bank for assessment.